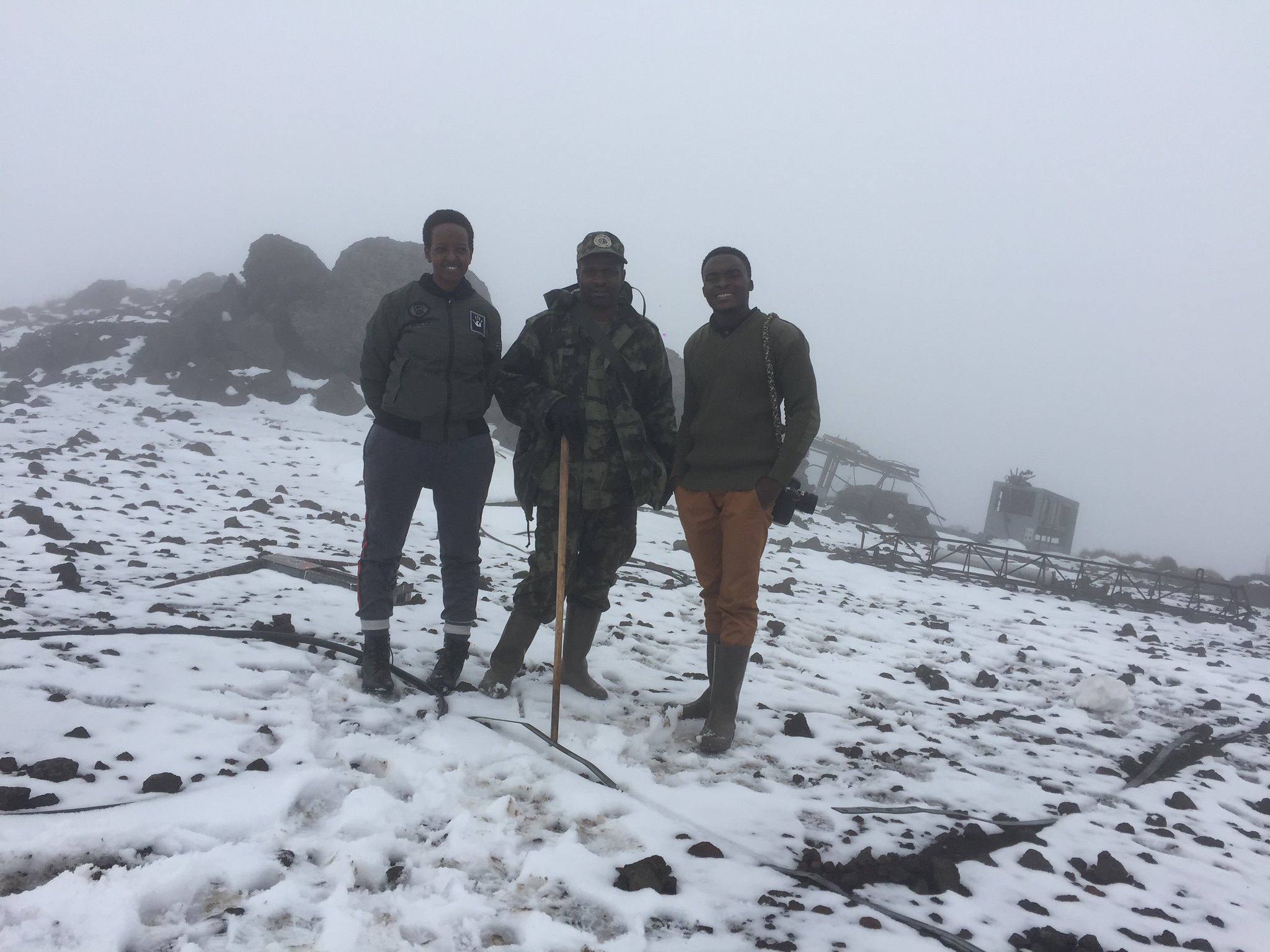 Hiking And Mountain Climbing In Rwanda

Hiking and mountain climbing safaris in Rwanda offer a great opportunity to hikers/climbers to conquer some of the scenic volcanoes in Africa. This makes Rwanda an exceptional place for adventure seekers to begin their mountaineering safari experiences while on an African safari.

Unlike other Virunga volcanoes, trekking to the summits of Bisoke (3711m) isn’t energy demanding. Bisoke is famous for its spectacular Crater Lake (Lake Ngezi) at the summit and this is a good reason why most hiker prefer conquering it over others.

Located between Uganda and Rwanda, Mt. Muhabura is border marking between the two countries though it is more visible on the Northwestern side of Rwanda. At the top of Muhabura volcano, hikers/climbers are in position to view the top of 5 other volcanoes within the Virunga region plus the surrounding scenic Twin Lakes- Lake Ruhondo and Burera. Like Bisoke, hiking Mount Muhabura takes a day- ascend and descend.

Rising up to 4507m, Mount Karisimbi is undoubtedly the highest of all the 8 Virunga Volcanoes/Massifs. It takes climbers 2 days to hike to the top and descend back from Karisimbi Volcano.

Gahinga Volcano is the shortest Virunga Volcano in Rwanda and it is best hiked on Ugandan side- Mgahinga Gorilla National Park. The park is named after this beautiful volcano and you can visit, climb it even when you start your safari from Rwanda.

This is one of the areas of interest for hikers on Rwanda safaris. However, it is perfectly trekked on the side of Uganda in Mgahinga National Park. This volcano takes its name from Kinyarwanda word Sabyinyo meaning tooth and to most people, it is nicknamed “Old Man’s teeth considering its serrated summit which seemingly look like the spaced teeth in an old man’s gum. There are 2 trails to conquer Sabyinyo volcano- Rurambo trail taking hikers to at least 2 or 3 peaks. The other trail is Sabyinyo trail located on the Eastern part of volcano and introduces climbers to its peak one.

When to go for hiking and mountain climbing in Rwanda

The best time to visit Rwanda for hiking and mountain climbing is during the dry season when there is no or less rainfall. This is usually during the months of June to August, December till February. March to May/September to November are wet months of the year and they are characterized by heavy rains and steep slopes are slippery/muddy.