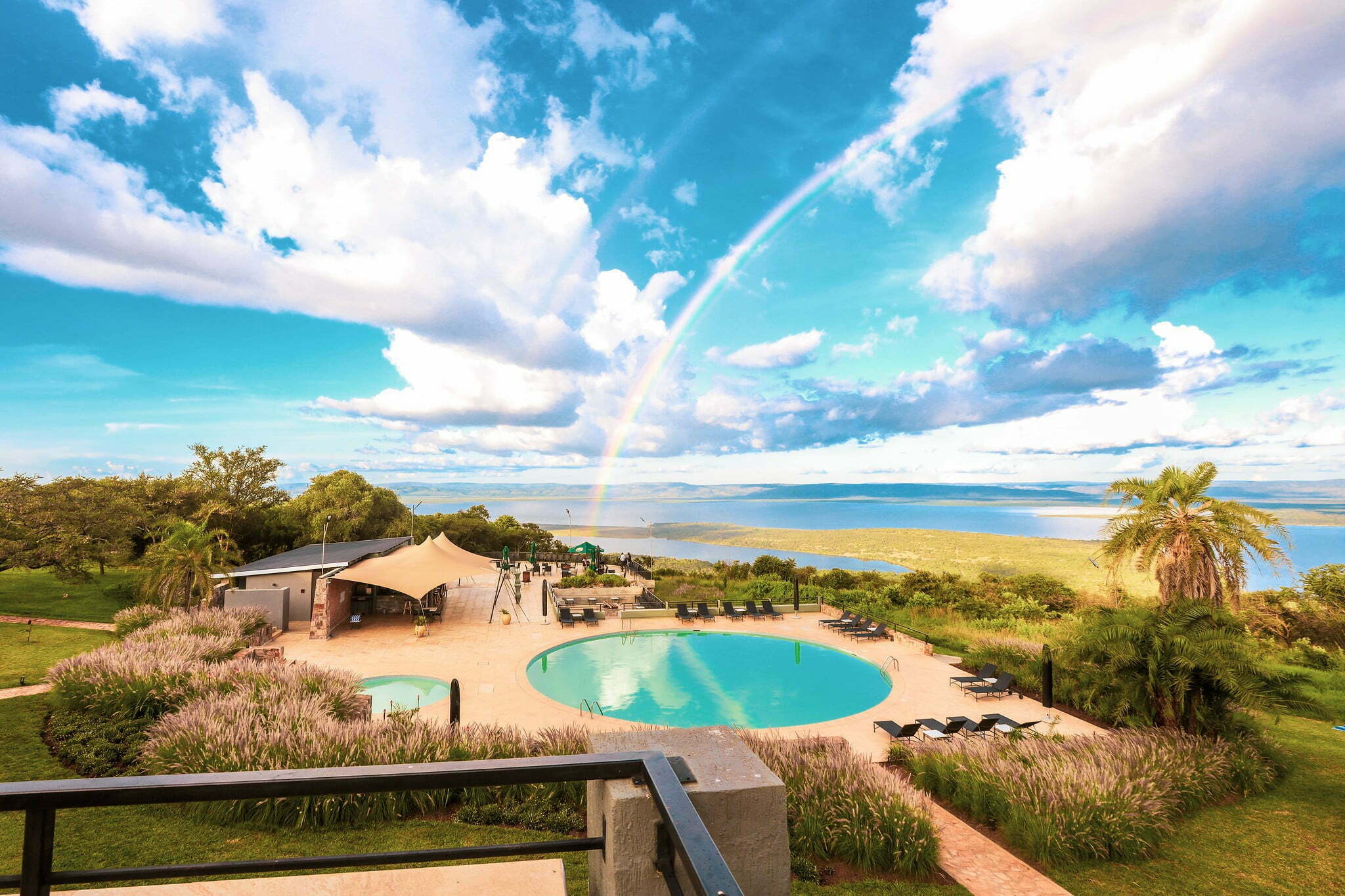 Snuggled in the eastern reaches of Rwanda, at the border with Tanzania, Akagera National Park (ANP) is the perfect getaway for tourists wishing to escape the congestion of busy parks. The park is small and the traffic light, and the tranquillity of its savannah plain, sandwiched by rolling hills (Rwanda is known as the land of a thousand hills), ANP offers a safari experience like no other park.

Covers about 1,120km2 of land, the park is said to be the largest protected wetland in Central Africa. It is named after the Akagera River which flows along its eastern boundary, feeding into a labyrinth of lakes and swamps. Notable animals include the Elephant, Buffalo, Topi, Waterbuck, Roan Antelope, Eland, while the birding delights consist of 500 species including the Papyrus Gonolek, Red-faced Barbet, Flycatcher, Fish Eagle, Marabou Stork, Heron, Egret, and Cormorant.

The park is home to about 8,000 large mammals, over 500 bird species, and the wildlife populations are increasing thanks to new innovations in anti-poaching and conservation efforts.

The park is home to various wildlife including predators, herbivores, and primates. Of the large predators, the leopard is the most common. Lions were re-introduced to the park in 2015 and are currently 7 in total. Oliver baboons and Vervet Monkeys are common and, of the herbivores, you can’t miss the Giraffe, Antelope, Bushbuck, Zebra, Hippo, Elephant, and the formidable Crocodile.

Park management is advanced preparations for re-introducing the black rhino, which will restore Akagera’s reputation as a Big 5 park. The Akagera River and the Lake Ihema area are a popular watering spot for many animals.

Akagera National Park boasts over 500 species of birds (and more are being discovered) including the elusive Showbill, Papyrus Gonolek, Red-face Barbet, Flycatcher, Crowned Crane, Lesser Kestrel, Great Snipe, Shrike, Long-tailed Sistola, 44 species of Raptor, and several species of migrant birds. The Lake Ihume area is the best place for birding expeditions. The park is classified as an Important Birding Area.

The park is a comfortable 2 hours drive from Kigali, making it easy for one-day drives, and relaxing for longer stays. There are currently two lodges in the park (new facilities are in offing) and the tracks in the park are well maintained.

ACTIVITIES IN THE PARK

Birding and Game Drives are the most popular activities in the park, but fishing and community tours are also available.

Birding Expeditions: Birders are home at once with the abundant presence of waterfowl and savannah species. Most birding is done in the Lake Ihema area with the added bonus of spectacular scenery.

Boat Trips: Boat trips on Lake Ihema are a good way to catch hippos and crocodiles. The views of the forest lining the lakeshore are to die for. They are also a good way to do birding expeditions.